“This past Saturday, Jefferson-Craig’s Robotics team went to the State Robotics Competition.  The students performed very well, finishing 9th out of a field of 95 teams, just missing out on qualifying for the World Robotics Competition.  Across the state, there were a total of 400 teams and out of the 400 teams approximately 100 qualified for state. We were fortunate to qualify by winning a regional competition, which  advanced us to state. At state, we made it to the finals, just making the cut offs with a nail-biting finish! During the finals, we were unable to balance the bridge at the last second, as the bridge tipped over the other side!

This was our first year participating in the robotics program.  We faced a number of challenges at the competition, from scheduling changes at the last minute to laptops taking too long to load. However, the kids represented the school very well and they came out with their heads held high.  Our goal was to finish in the top half of the field.  They far exceeded that goal!  They did this with the basic Claw Bot, while most of the other schools we were competing against had robots designed specifically for this year’s field.

I have to say that no matter what the results were at the state competition, this group did all the work themselves, with only guidance from myself and Mrs. Ingles.  Their success was even more impressive due to a lack of funding until after the state competition. Most of our practices until then were done on the floor marked out with tape and a bridge that the kids built themselves using cardboard. This did not stop our team, in fact, I think it made them even better to face uncertain challenges.  If this is any indication of the future for these students, I think we are going in the right direction.

Thanks for all those who supported us and wished us luck.  Go Riverbotics!!” 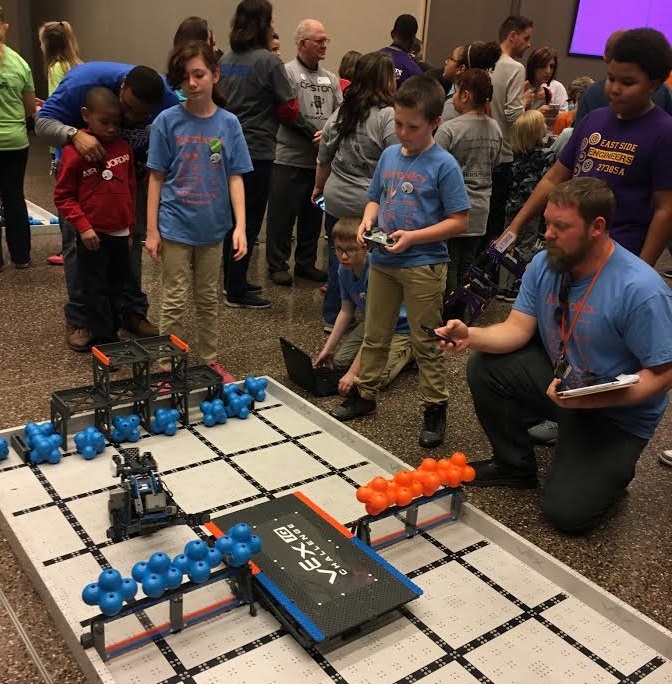