On Thursday, Nov. 29th,  Jefferson Craig Elementary had an Anti-Bullying speaker by the name Matt Wilhelm. Matt is a BMX Flatland rider and motivational speaker. He is known for his fast spinning and aggressive riding style. He is a three-time X Games Medalist, World Championship Silver Medalist, two-time United States National Champion, and Guinness World Record Holder. Among other television appearances Matt advanced to the semi-finals on America’s Got Talent. He also won America’s Got Talent YouTube Competition, and won FOX TV’s 30 Seconds to Fame.
This was all part of a reward we had for our students for doing a great job with the school’s PTA fundraiser. Matt’s message consisted of telling students to 1) Never Give Up 2) The Importance of Standing up to Bullies 3) Staying in School.
Below are a few pictures from the event! 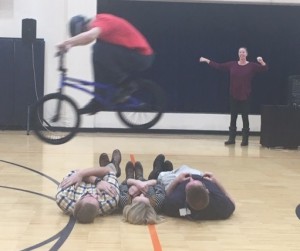 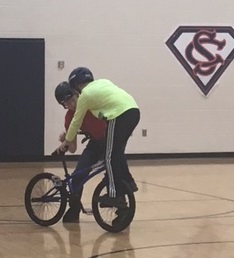 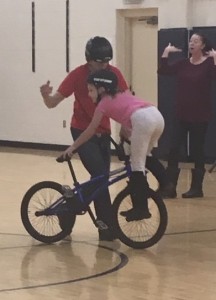 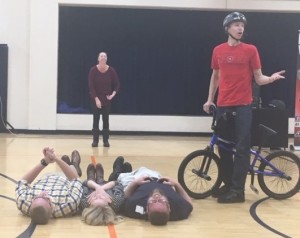 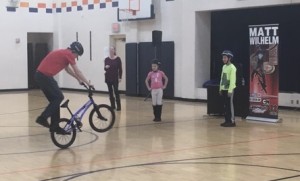