Home|Wrestling Sectionals- Keegan Ray moves on to Regionals
Previous Next

This weekend the Switzerland County wrestling team competed in the Jennings County sectional held Saturday. With a lack of wrestlers, the Pacers were still well represented. Tallying one of the higher point totals for a sectional meet with only five grapplers competing. There were some ups and downs on the day but overall was a successful day in which we look on building on in the future.

Senior Keegan Ray (132lbs) became the schools first ever out right regional qualifier by besting his seed and placing 3rd overall (there was a regional qualifier in a past year but advanced as an alternate not obtaining one of the top 4 qualifying spots).
Another standout on the day was Senior Alex Powers (220lbs). Alex came in unseeded and ended up a second alternate with a 6th place finish.
Also competing on the day but not placing were: Cody Wilson (182), Andrew Garland (195) and Brenon Smith (285).
Keegan will compete in the Jeffersonville Regional and eyes a spot at a semi state berth. Help me in congratulating Keegan and the rest of the team on a good season. 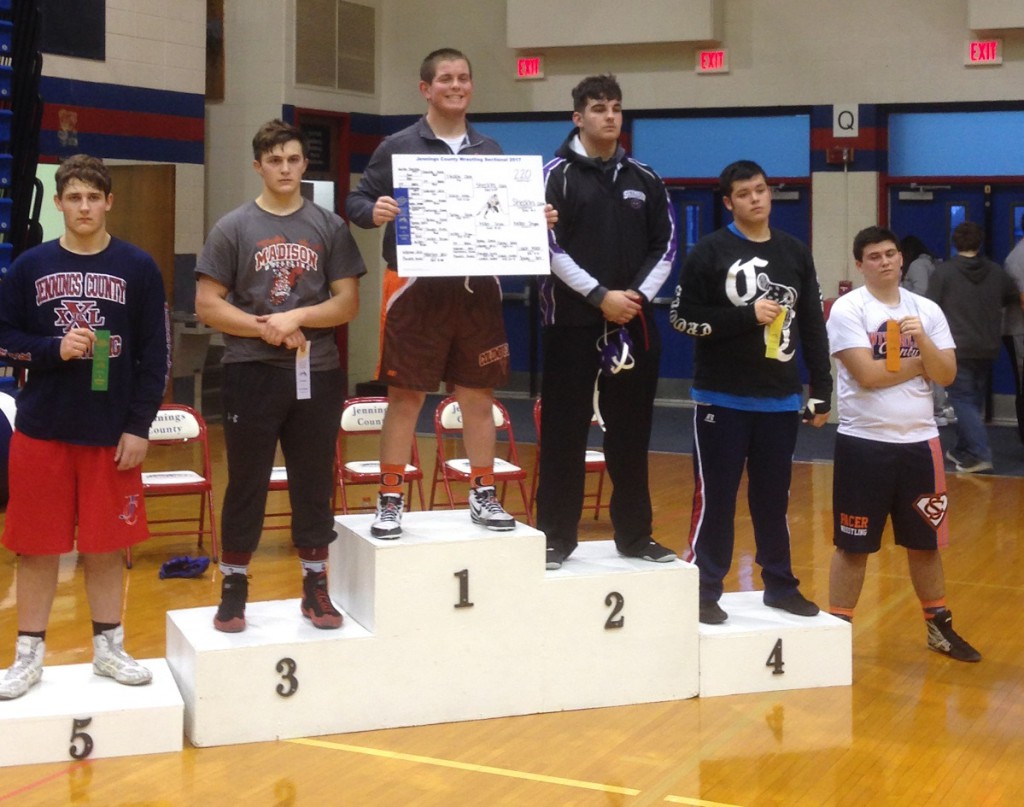